Well, I think I went a little crazy, because I signed up for another testing group, but this time it was for Love Notions.  Kelly, one of the designers, was part of Project Run and Play, and decided to make a pattern out of one of her creations.  I’m so glad she did, because the Navigator Pullover is a pretty amazing pattern!  AND….they plan on also making it into a women’s and men’s pattern, so keep your eyes open for those!  I know that Love Notions is hosting a retreat very soon (I’m so sad that I wasn’t able to go since it’s near where I used to live!) so I’m guessing the other two patterns won’t be released until sometime after that. 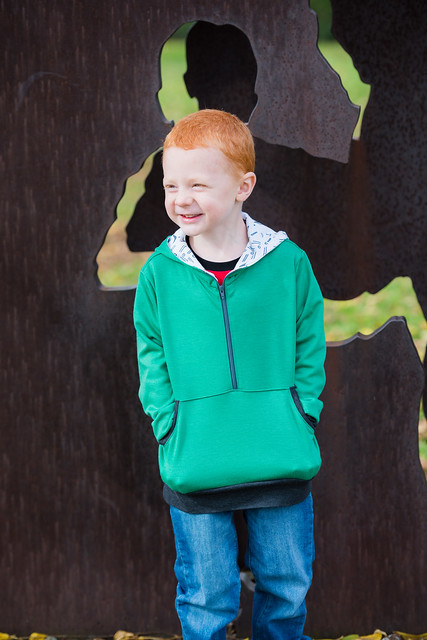 The Navigator Pullover is gender neutral, which I love because I can then use the same pattern for both Lillian and Owen.  SCORE!!  I have one planned for Lillian, but haven’t had a chance to make it yet.  I’m so slow at sewing that someone is always left behind.  I mean, we took pics of her bat shirt at the same time that we took these pics of Owen, so hopefully I can get a blog post about that shirt soon!  At least I got it made for her before Halloween.  I’m assuming you recall me mentioning that I was going to make her a shirt out of the same fabric that I used for Owen’s Halloween shirt? 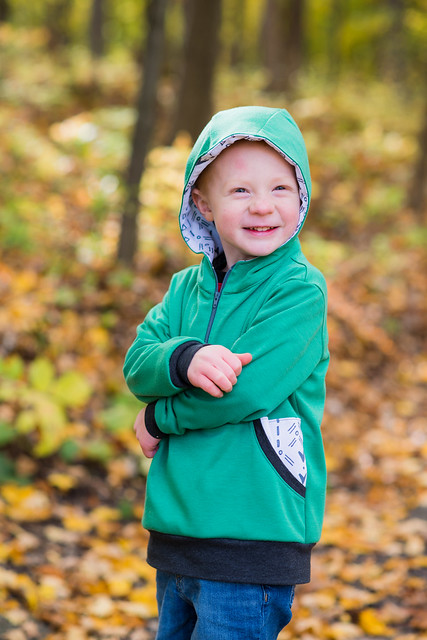 This testing experience was similar to the last, but Kelly let us know right away that we were expected to sew one test and one final.  If we made more than one test, it was appreciated, but not necessary.  It was nice to know upfront what the expectation was since I tend to be a type A personality and worry about not meeting the requirements.  I think we went through 4 or 5 versions (many with minor changes), but because this pattern takes a little longer to make (for me at least) I was only able to make the first version and the final version. 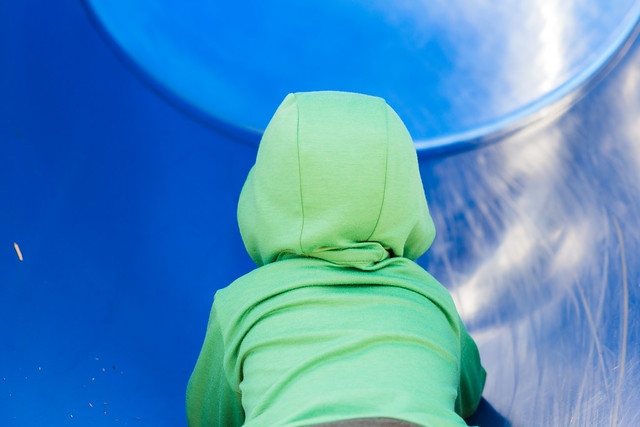 Now a little about the pattern….it has a hood or collar option.  I have only made the hood version, as that is what I signed up for on the testing application.  I love that it’s three parts because I feel that it makes for a better fit.  It’s not hard at all to sew the hood together either; just three basic pieces.  The hood does have a lining and a finished seam at the bottom as well.  Actually, this was the hardest part of the whole pattern for me.  You use double fold bias tape (Kelly includes a video on how to sew the bias tape on) to cover the bottom of the hood seam.  My issue is getting it all lined up in order to have the stitching even on the outside and inside of the pullover.  If I ever figure out a trick, I will be sure to share with you!  Or if you have a trick to share, please leave a comment or email me!  The pattern also mentions sewing it by hand with a blind stitch, but honestly, I can’t stand hand sewing, so I will have to deal with not having a perfect binding. 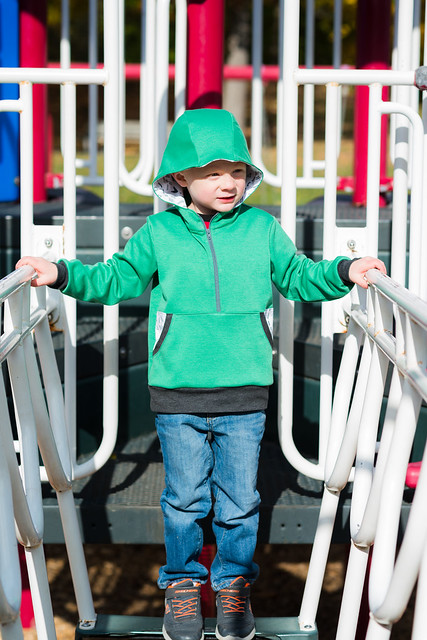 The Navigator Pullover also has a half zipper which you also should not be intimated by.  Kelly has a great video, included in the tutorial, showing exactly how to sew in the zipper as well as a great tip on how to get the seam to line up.  (Did you see my Instagram post with the green fabric?  Yep, used her tip to get it pretty close to perfect!)  I suggest using wash away wonder tape when installing a zipper.  It truly helps to hold the zipper in place before sewing and makes for a less frustrating installation.  I use wash away wonder tape for a lot of different things actually.  You can also use a washable glue stick or pins/clips, but the wash away wonder tape is much easier and cleaner.  You can get it from Amazon or Wawak. 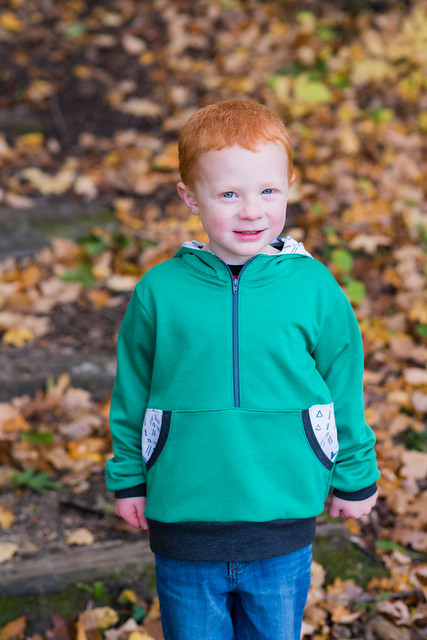 The Navigator Pullover also includes a banded bottom and cuffed sleeves, which make for an easier finish since there is no hemming.  The pocket goes all the way through (which I learned from the test group is a huge hit with 10 year olds!) which makes it kind of like one big pocket instead of two smaller ones.  Lots of room to store goodies! 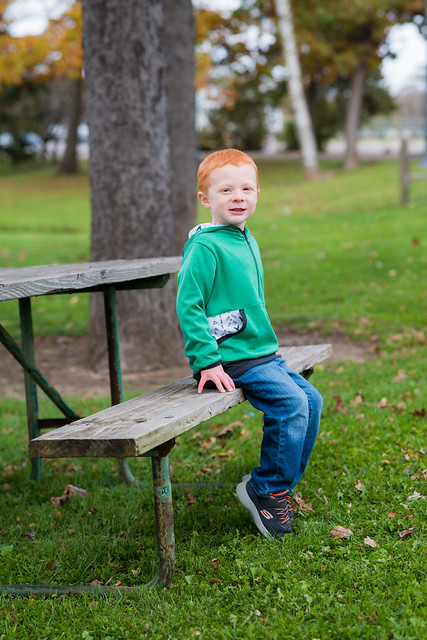 Be sure to grab your copy of the Navigator Pullover and keep your eyes open for the hopefully soon to release adult versions. It’s on sale for $7 through October 23, 2018.

Disclaimer: I am an affiliate of Love Notions and Amazon so I get compensated for any orders placed through the links in this post.