If you sew for any boys, then you should follow the many Sewing Blue Blog Tours organized by Made for Little Gents  that happen throughout the year.  I thought it would be fun to join The Magnificent Wizard Blog Tour since it’s all about Halloween sewing for boys.  Both kids already decided on store bought costumes so I decided on a fun bat fabric raglan for Owen. 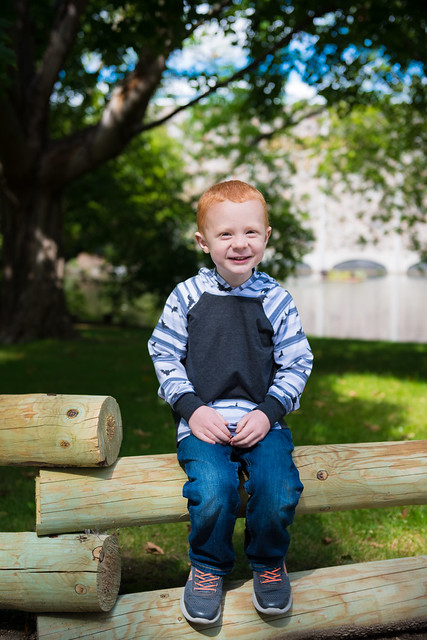 I have sewn Halloween costumes a few times for the kids, but it’s one of those things that seems like a waste of money since they are only worn once or twice.  So now I’m basically leaving it up to them on what they want.  In 2015, I made them Jake and Cubby costumes from Jake and the Neverland Pirates, which you can see here.  I also made a trick or treat bag, technically for Lillian, but Owen also used it his first few years of trick or treating.  You can see the bag here, which also includes the dimensions that I used if you want to create one too! 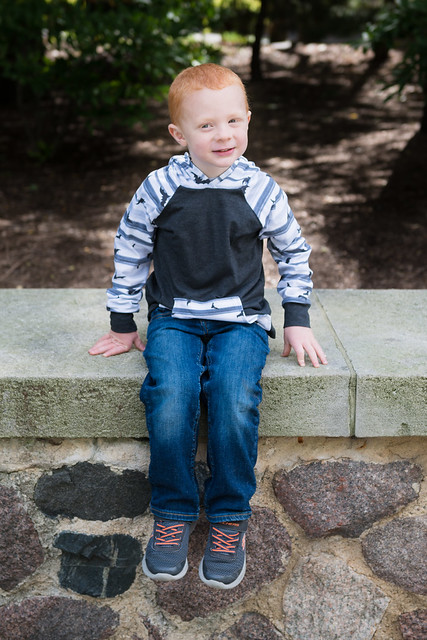 Now on to this year’s project….the fabric I used on the raglan is from Raspberry Creek Fabrics’ Halloween line from last year, but they have a new line this year, so be sure to check it out!  When this fabric arrived, Owen immediately covered up with it and asked if it was his!  I know why though, the CLUB jersey from Raspberry Creek is SOOOOO soft.  I highly recommend it.  They have other great fabric options as well, but so far the CLUB jersey is my favorite.  Their french terry is super cozy too, but it’s more like a sweatshirt type fabric, which would have actually been great for this Jolly Roger Raglan. 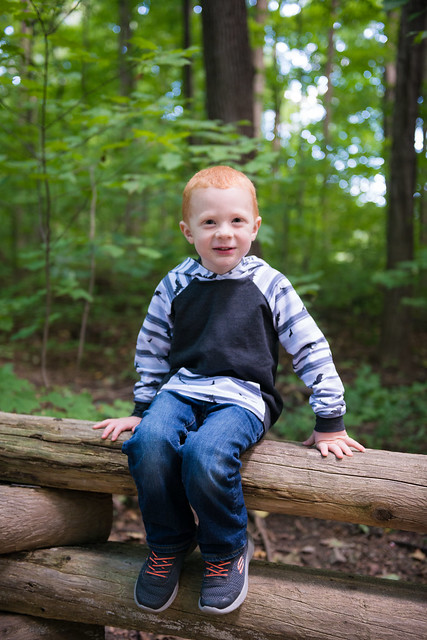 The Patterns for Pirates’ Jolly Roger Raglan has been my go to raglan for Owen for awhile now.  This time, I decided to add the kangaroo pocket for a little added cuteness.  I did make Owen a short sleeve one according to his measurements for the first day of school and it fit perfectly (maybe slightly short, but I do have pretty skinny kids for their heights).  So since this is for cooler weather, and we aren’t quite there yet, I decided to size up to a size 5 so that is why it’s slightly big.  I just want it to fit longer. 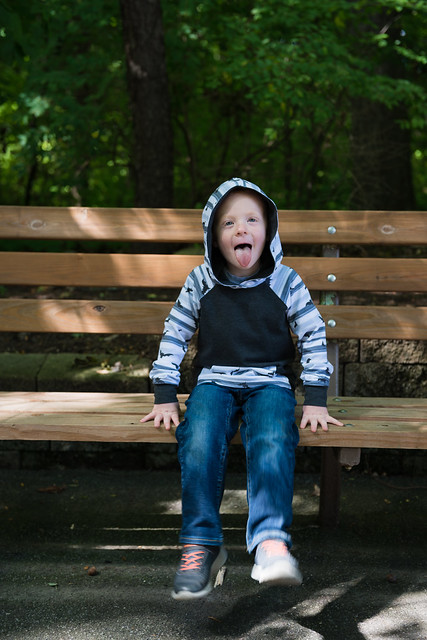 Even though it’s technically a Halloween shirt, I don’t think it has to only be worn in October.  So fingers crossed that he doesn’t destroy it (aka stain the white) after his first time wearing it.  I’m sure all of you boy moms know exactly what I’m talking about!  Actually, I think Lillian is sometimes worse about ruining clothes than Owen.  Maybe it’s the age? 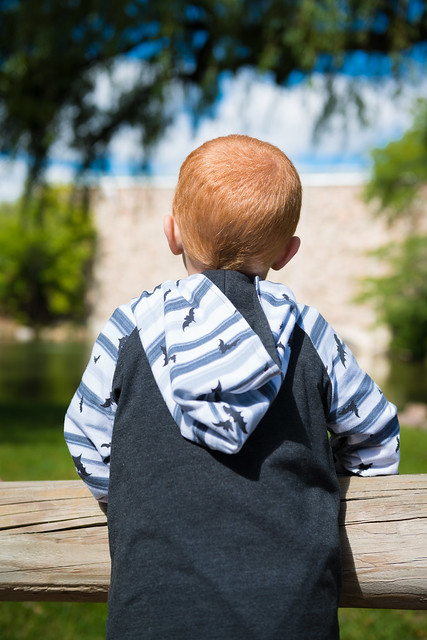 Anyway, I’m rambling, so let’s move on to the pattern details.  The Jolly Roger Raglan and add on pack are actually two separate patterns.  The Jolly Roger Raglan is the main shirt pattern and includes cuffed long sleeves, short sleeve, or 3/4 length sleeves, a traditional hem, curved hem, or banded hem, as well as elbow patches, and a triangle patch.  So even with just the basic pattern, you get plenty of options.  But, if you want a few extras including traditional hood (which is what I used), cross over funnel hood, funnel collar, or cowl neck, kangaroo or inseam pockets, as well as thumbhole cuffs and a ruffle hem, you will want to also purchase the add on pack. 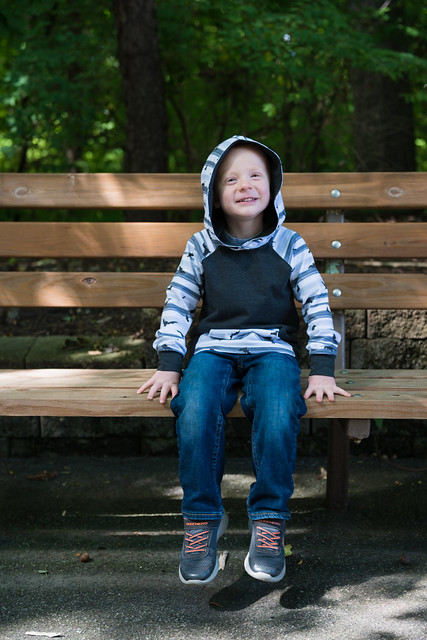 You can mix and match basically all of the options to get exactly what you want. Raglans are such an easy sew.  I highly recommend them if you haven’t sewn with knits and want to get used to the stretchiness of the fabric.  Adding a hood instead of a neckband will make your first knit project a success! 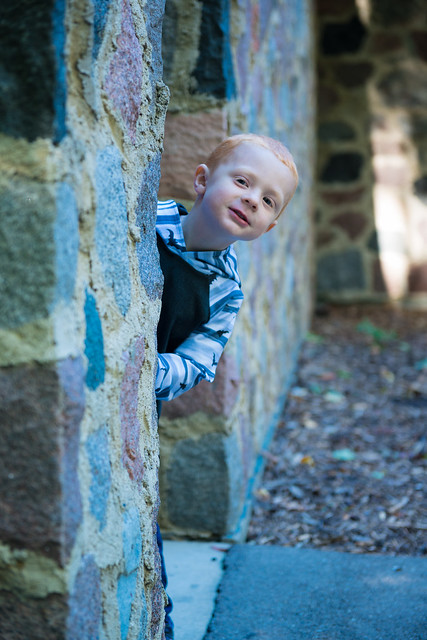 Do you have any Halloween sewing planned?  For inspiration, be sure to check out what the other bloggers are making for the Magnificent Wizards Blog Tour.

Each link will be available the day of or after as posted below.